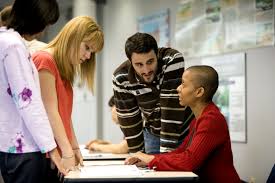 At the start of this year we opened our Sanctuary for Veterans office in Widnes. We had a great turnout and one of those attending was an 82 year old veteran. He came from a military family; his dad served in the Somme and out of 9 children, he was one of eight that joined the army. He spent much of his military life overseas serving in Gibraltar and Burma.

Unfortunately, this veteran who had served Queen and country was now diagnosed with skin cancer, which occurred as a result of radiation burns that he had endured while stationed in Gibraltar in the Corp of Royal Engineers. It was cleaning equipment returned from Christmas Island that gave him radiation burns. He also sustained perforated eardrums because he was exposed to excessive noise from drilling equipment digging in the tunnels of the Gibraltar Rock.

I spoke with this lovely gentleman veteran to see how he was getting on. I know from my dealings with regulation that war veterans have a priority service within the NHS and I was keen to get an update on his treatment. Fortunately, we shared the same medical practice and I have always had good care from them. Imagine my shock when I was told that he was not being treated at all! He said he was not getting anywhere and couldn’t get appointments when he needed them. He had tried but admitted he had given up as he didn’t think it would get him anywhere. It was a sorry tale indeed and I was not having any of it!

I contacted the medical centre/doctor’s surgery and enquired on his behalf about the veteran’s priority service. The receptionist admitted she was not aware of its full detail but that she would look in it immediately. She later called me back to say it was all clear now and that the veteran would be seen from now on as a priority.

It did not take long to sort out and I am not here to claim credit for sorting it all out. Not at all – quite the opposite. I have no special powers or authority within the medical centre. I only did what anyone, including the veteran himself could have done: I simply asked the right question to the right person to get the right answer.

Sometimes we can come up against obstacles and/or people that slow down our progress and we can often give up, thinking ‘Ah well, I can’t get any further then.’ More often than not we can assume it will be too difficult to press ahead or think that people will not help us.

How many times do you give up on something because you don’t know what to do to take the next step?

How many times do you go to ask someone for help and then stop and decide not to because you assume they either won’t help or can’t help? Sometimes I think we do not always give enough credit to others. Credit that they can help us. There is no shame in asking for help. There is not shame in admitting you do not know what to do next and reaching out for someone to who does and can assist you.

There IS shame in sitting there, doing nothing and then making up a story that no one would help you anyway – because if you don’t ask you don’t know – and if the person you ask doesn’t know, they will often know someone who does and can!

It is quite simple – give people the credit they deserve and expect that they WILL help you and be polite when you ask, because I guarantee you may be surprised at the answer.

So next time you feel you are not being heard, or you are stuck and not sure what to do next. Pick up the phone, tap someone on the shoulder, send a text, write a Facebook post, knock on someone’s door…….and ask:

“I could really do with your help, do you have a moment, please?”