Dame Vera Lynn and the Importance of Music 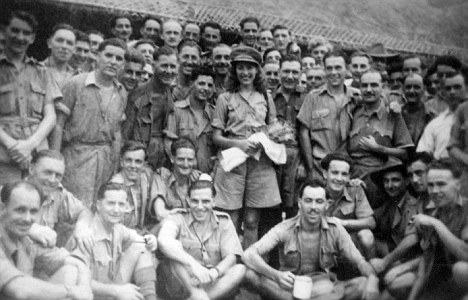 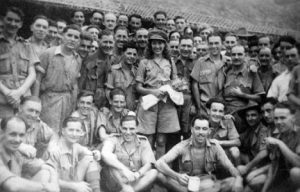 It is with a sad heart that I write about how, at the fantastic age of 103, Dame Vera Lynn passed away on the 18th June this year.

A renowned singer, this wonderful woman found her way into the hearts of Britons and Allies all over with her appearances throughout the second world war, both in front of troops as well as those sheltering in London’s Tube Stations, which at the time were used as air raid shelters. Her haunting words “We’ll meet again, don’t know where, don’t know when, but I know we’ll meet again some sunny day” filled those who heard them with hope for a brighter day during those dark times and so has made the woman a national treasure, otherwise known as “The Nation’s Sweetheart”.

During the 40s, by the way of radio, Dame Vera used her voice to send messages of love and hope to those that fought for our nation as well as travelling to hold outdoor concerts for the troops in Burma, Egypt and India.

So why is music so important?

In 2011, scientists undertook a study where MRI scans of volunteers’ brains showed that when music was played to then during the scan, their brains released dopamine, a hormone otherwise known as the “Feel-Good Chemical”.

Other studies have also shown how music has a strong connection with our emotions, where “dissonant” or clashing notes, that are often in the minor key, cause the body to react negatively. For example, we all know the iconic theme music to Jaws, written by the legendary composer John Williams, and its classic 2 notes that slowly begins to reach a crescendo. A piece of music that caused a global fear of sharks might I add. Who knew that two notes, E and F, could be so terrifying? Well, other than John Williams.

OK, I know we’re not here to talk about negatively impactful music, we want to know about the good stuff: the stuff that gets us to produce our “Feel-Good” friend, Dopamine.

In a list of “happy feel good songs” written by Elle magazine, we have songs like “Dancing Queen” by ABBA, “Walking on Sunshine” by Katrina & the Waves and Dolly Parton’s “9 to 5”. I know that all of them make me happy, and I have maybe had a bit of a dance to one or two. Well, they’re all written with the major keys, which are opposite to those used by John Williams in Jaws. The notes that make up these chords work together in harmony. Our minds like harmony, it makes us feel good – oh, hi there Dopamine!

So, what was it about Dame Vera Lynn and her ballads?

There are indeed some notes in the lyrics “we’ll meet again, don’t know where, don’t know when” that are based in the minor key, but as we move through the song, “but I know we’ll meet again some sunny day” the feel of the music takes a turn, changing to the uplifting major notes and making you feel that, there will indeed be a day that the sun will come out, and on that day, we shall again meet. By cleverly playing with both major and minor chords, song writers (in this case, Ross Parker and Hughie Charles) play with our heart strings through the song and let us believe that there is hope and sunshine waiting for us soon.

But what does this mean for the modern day?

We live in a technological world, where our lives are ruled by the internet, our TV, our mobile phones. By the way, how many of you have music on your phone? I’ve just counted, I have four apps relating to musical streaming, not including the music player and radio player that comes with my phone.

What about watching TV? Music plays a huge role in our lives, even when watching the News, your favourite soap or crime drama, and especially in films. Composers all over the world are there helping you get in the mood for what’s about to happen.

Of course, its easier to point out in a horror movie right? Wrong! Let’s take a look at a couple of other John Williams movies: ET, Star Wars, Harry Potter… Just think of that moment when ET makes the bicycle fly, how does that scene make you feel? Now mute the music and watch it again.

What About When I Work Out?

Most definitely! In fact, it's been shown that listening to the right kinds of music, that which is motivational and synchronised to the activity you are undertaking, can actually improve your outcome and help you work for harder and longer than you would without.

So keep on running. Shine. But most of all, Don't Worry, Be Happy!

Have a Beautiful Day.